So just as I expected, the food in Morocco was crazy delicious. It’s very distinct and always flavorful with tons of spices.

While there we overloaded on tajines, which can be mixtures of meat, seafood, vegetables and fruit, with lots of spices in a bit of broth or sauce. What really characterizes a meal as a tajine is the dish it’s cooked in, which is called, coincidentally, a tajine. It’s a special clay dish with a funnel-shaped lid that sort of makes it look like a volcano. The meal is cooked and served in the same dish, and usually comes out bubbling hot when the lid is removed with a flourish by the waiter. My favorites were lemon chicken with olives and sweet beef with walnuts and prunes (the prunes can also be subbed for apricots or figs). When you sit down at a restaurant, you’re usually also served a sort of puffy flatbread and olives. SO MANY OLIVES. Jess and I ate them like they’re going out of style. Oil cured black ones, lemon zesty green ones, but my favorites were tossed in a spicy marinade.

Breakfast was included at each of the places we stayed at and while it was perfectly fine at the first place in Marrakech, it was EXCEPTIONAL in Chefchaouen. In addition to either hot tea or cofee, we were also served fresh peach or orange juice, corn muffins and slices of bread with an array of condiments that included butter, fresh cheese (it tasted like a cross between cream cheese and goat cheese), olive oil and this jam that I speak about in a reverent tone. It wasn’t like any jam I’ve ever had before because it also tasted a bit like honey, but I think it was a cross between marmalade and apricot jam. Whatever it was, it was a hybrid that produced moans at the breakfast table. The best is when you’d spread bread with the fresh cheese and top with the jam. And a few times Abdul brought out these hot, fresh yeast donuts that I literally can’t even talk about without salivating.

We also dined on mixed kabobs with rice or cous cous, Moroccan soup, and pastella: an interesting pastry filled with a shredded chicken mixture and topped with cinnamon and powered sugar. Sounds weird, but it had that sweet and savory thing going on. When we had dessert – which wasn’t very often – it was usually pastry or two sugary cookies with a thick, creamy custard in the center. Very sweet and very good.

I will miss all of the interesting flavors of the tajines and I’ll dream about the jam, but the thing that will remind me of Morocco the most is the tea, which I consumed constantly. Moroccans drink their tea with TONS of sugar. The more the better as fas as they’re concerned – and it’s delicious.

Abdul told me his secret for preparing great tea: boil the water and add the tea (he uses green, but some people use black) and let it steep for three minutes. Then add the sugar (like 5 tablespoons if you’re making a large batch). After rinsing fresh mint very well, stuff it into the glasses and pour the hot tea over the stems. Repeat for as long as the hash holds out 😉 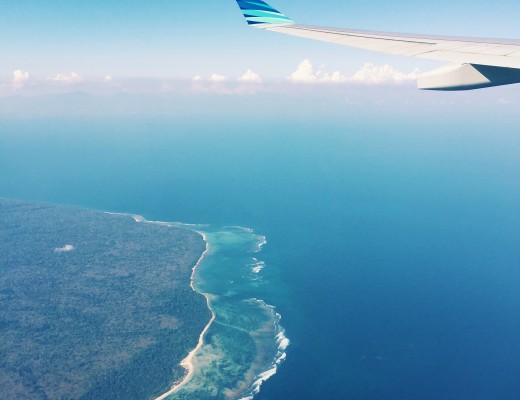 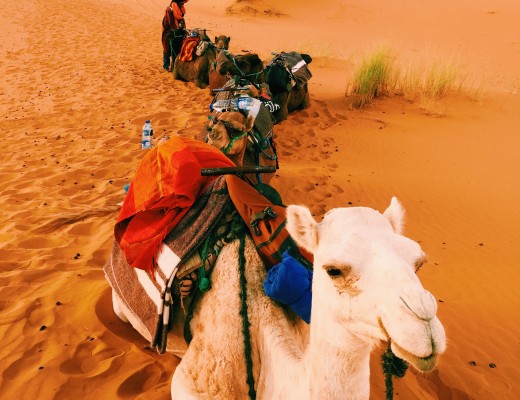