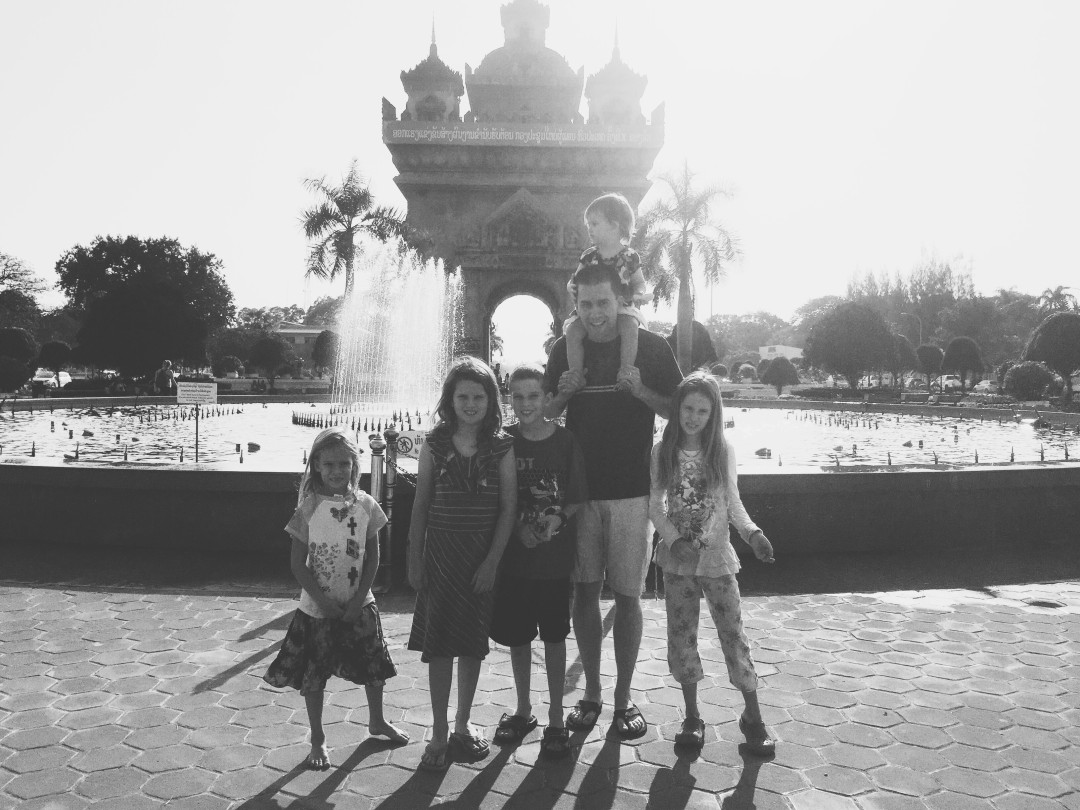 (I’m gonna cheat here a bit because my Day 1 post is going to cover about four days).

I arrived in Laos to a welcome party like none other. My cousin, Jeff, lives in Vientiane with his wife, Laura, and their five kids (Micah, Anna, Abigail, Corrie and Karissa). Jeff and all five kids were waiting at arrivals when I got off my plane and after 30 seconds of shy hugs and hellos, it was on. “Sit by me! No sit by ME! I’ll show you my bed when we get home. MY bed is the comfiest. Can we play a game?” At one point my cousin turned around from the drivers seat to tease me: “Margaret, when you get a second, can I get your autograph?” Hardy har har. Very funny. But seriously, that’s how they treated me. They fought for my love and attention for four days – and who wouldn’t love that? Once, as Laura read to Corrie and I during story time, Corrie snuggled into my side just looked up at me, oblivious to what was happening with the Boxcar children.

“We should probably listen,” I said, not wanting to get in trouble.

“No, let’s just whisper and tell each other secrets.”

Be still my beating heart.

The stay was exactly what I was looking for. It was HEAVEN to stay in someone’s home, enjoy home-cooked meals and just be around some other Henneys. It worked out well because when Jeff was at work (he’s a doctor at the children’s hospital), Laura was homeschooling the kids. Yes, all five of them. She’s amazing. That gave me time to write and do some serious catch up work on my blog. In the afternoons I’d play with the kids and then we’d site see or hang out – giving me a glimpse into their everyday life in Laos. And I got to be involved in it all. I put on roller blades, read stories, listened to piano lessons, played legos, checkers, my Littlest Pet Shop and a very strange horse card game that evidently had no rules at all … it was awesome. I can’t tell you the last time I played make believe, but it was full on the whole time.

“That horse is in love with this horse,” Abbie declared. 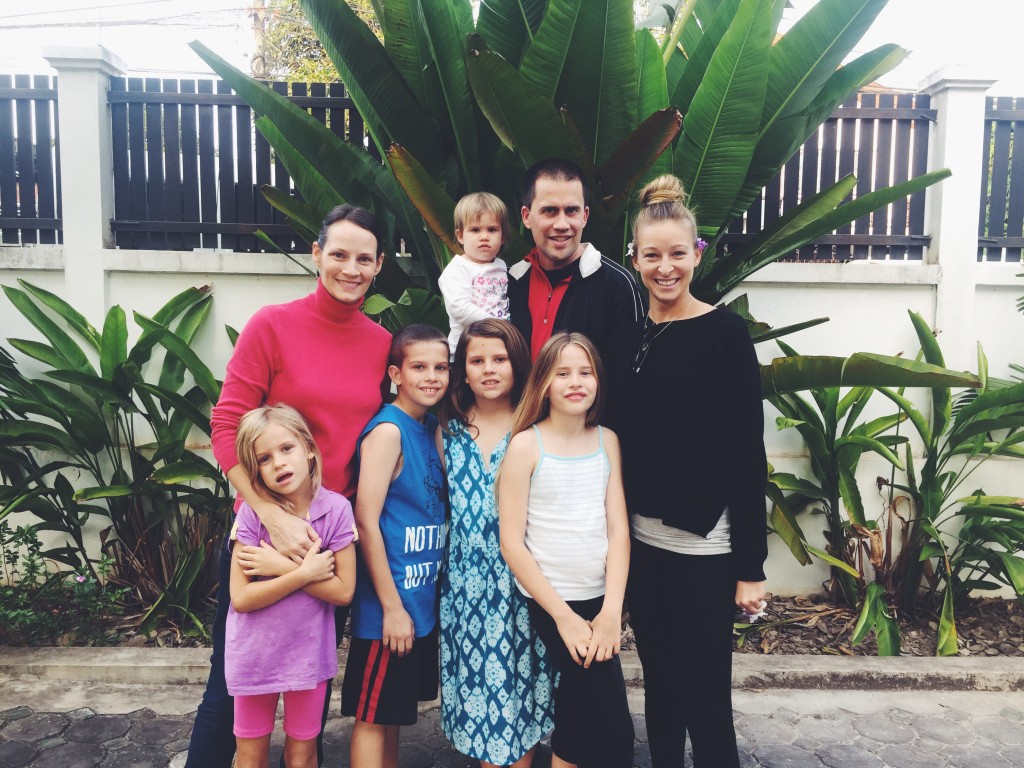 At one point we were playing make believe with My Littlest Pet Shop. One animal had fallen in love with another while away at college (classic) and now home for summer break at their parents’ (who just so happened to move next to one another!), they wanted to go on a date, but their parents wouldn’t allow it. Scandalous! I said something off-handedly like, “Well this is what happens when I go on dates.” Their mouths dropped.

More than I care to remember… When it came time for the two to get married, I suggested they wait a few years since 19 was awfully young to be getting married and they should really live a bit more. They wanted a wedding, but agreed to fast forward the timeline three more years (I wanted more, but I wasn’t in charge). And when it came time for the boyfriend to ask the dad for his daughter’s hand in marriage I was luckily playing the part of the father.

“Well that’s her decision, so I suppose you’re asking the wrong person!” I said in my lowest voice.

“Aunt Margaret that’s not how it’s supposed to go!”

Besides hanging out with the family, there were two particularly memorable moments during my stay. On the second night we were invited to the birthday party of the family’s house helper (whose name I cannot remember for the life of me!). Her daughter had suffered from some serious medical issues earlier in the year, but was healthy at the moment and recovering well. She invited some of her friends, which included Westerners and locals. She cooked a huge meal for everyone and gave a small speech about how grateful and blessed she felt because of her daughter’s health and the support, love and prayers and her friends. 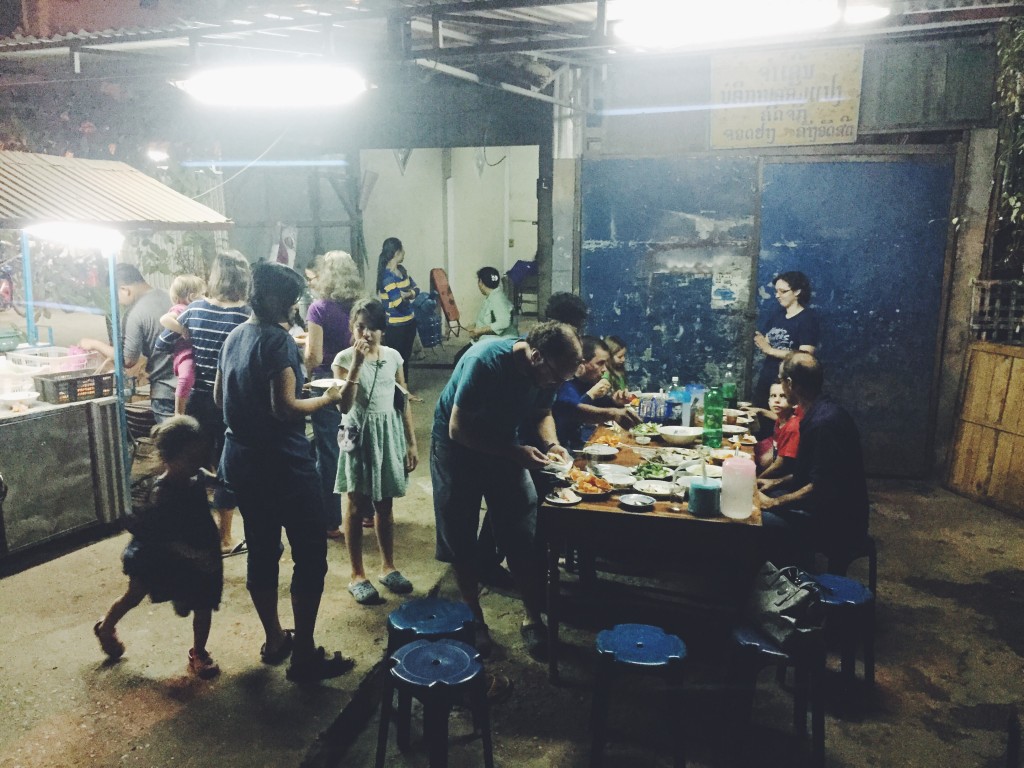 The other memorable thing was Laos church, which we went to the morning of my departure.The tone of the service was surprisingly Western – with singing and clapping. The service was, of course, in Laos. But there was an interpreter, so we put on our headphones and received his rendition of the sermon from Ephesians 2:8-10.

“God chafe you by his hands. God creation you for good work. This is riiiice. Whatever your job you have to be excellency because we Christians. Everything you do, you must do excellency.”

I was probably a little too distracted by the accent of the interpreter, but I got the gist and loved the experience. It was a truly wonderful few days spending time with and getting to know family that lives so far away. So, after enjoying take out dinner at the bus station with Jeff and Laura, I was on my own again, headed north to Luang Prabang. 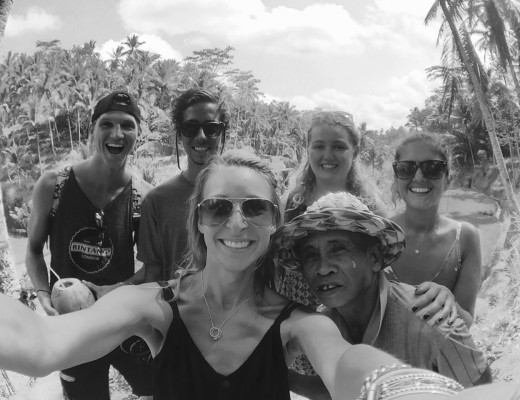 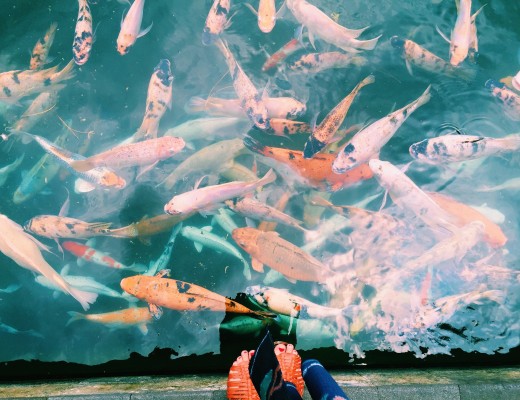 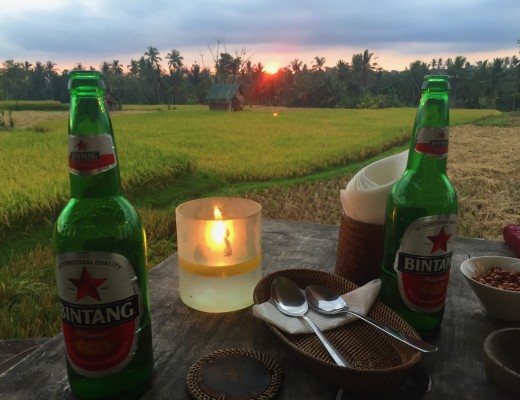