Once down the mountain and in the small town of Minca proper, Eyren and I piled into a collectivo (a sort of shared van taxi), and then, in order to make our appointment, grabbed a cab straight to the doctor’s office. Tentative and a little unsure of what to expect, the Chef and I tackled our first South American dental experience together.

We arrived at the doctor’s office which was clean, professional and definitely looked on the up and up. But no one (including the dentist) spoke a word of English. Eyren had overheard me speak the very little amount of Spanish that I know, so upon arriving at the office she asked if I would accompany her into the room and TRANSLATE THE DOCTOR’S MEDICAL CONVERSATION. I was flattered by her confidence in me… and genuinely scared for the both of us. I can barely make small changes to my food orders, let alone translate medical terminology. But I gave it my best and, although there was a lot of hand gestures being thrown around, I basically got the gist. Her filling was bad. They needed to drill it out, clean it and put a new one in. Easy enough, but it would be a two-appointment process. 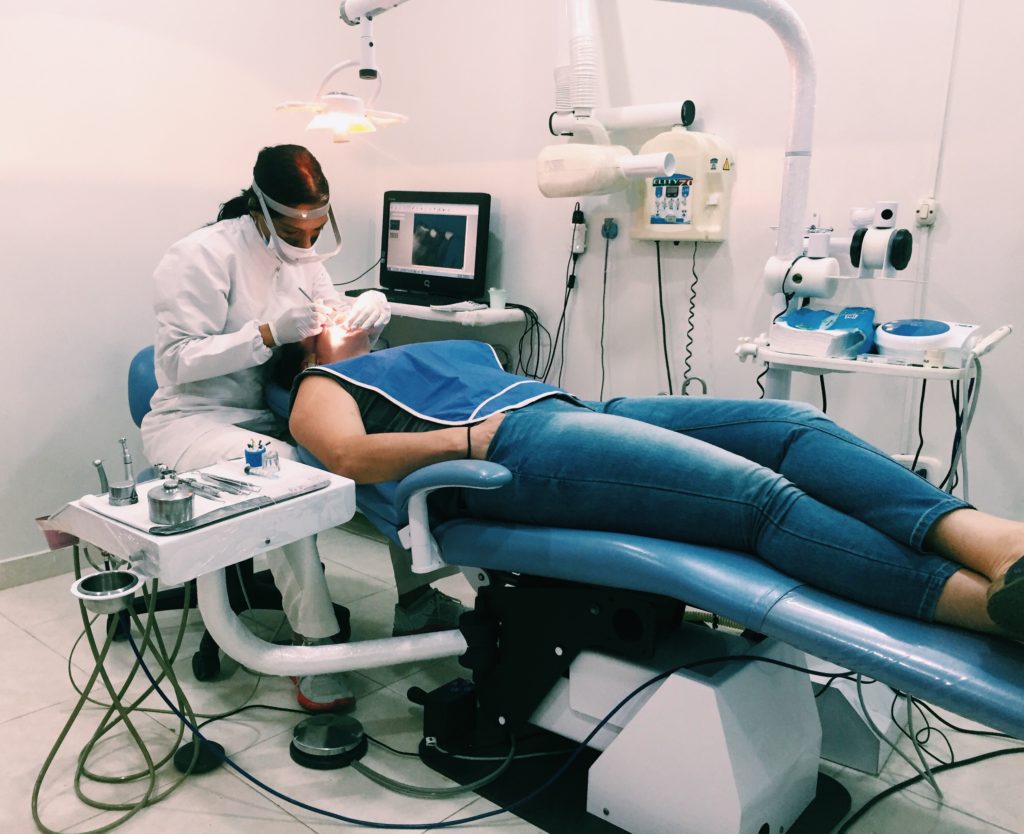 Eyren and the good doctor

Then it was my turn. Luckily my crown had just come loose. There was no damage to it or my nubbin of a tooth underneath. So she promptly yanked the sucker out, cleaned it, dried it, put a stupid amount of glue on it, and stuck it back up in my grill. Good as new. Unbeknownst to me at the time, Colombia has superb dental care that is also crazy cheap (so much so that Americans and Canadians will vacation down there and get their mouth patched up while they’re at it).

Since I was suddenly solo again and my quick departure from Minca hadn’t allowed me to make any plans or book a hostel, I gave a shout to my old pal Matt and asked if he would put me up for the night. He willingly obliged. So I hugged Eyren goodbye, wished her luck with her next appointment and set off in search of Matt’s apartment.

Matt had told me in advance that even the local Domino’s guy couldn’t find his place, so I was already a little worried. My taxi driver dropped me off in the general area and then I started wandering… at night. His instructions included “turning left at the construction site and down an alley to a gate” where I was then supposed to buzz him. But after no more than two minutes of looking very lost a young guy asked me what I was doing. I told him, “Estoy buscando para la casa de mi amigo” (“I’m searching for the house of my friend.” I sound absurd when I speak Spanish.) And because Matt is Matt, the guy asked knowingly, “Mateo?”

“Um. Si. Mateo.” But how’d he know that? When I asked Matt (who’s apartment I was indeed led to immediately by said random Colombian) he said, “You’re a white girl. It’s pretty obvious.”

Although I had returned to Santa Marta under very annoying circumstances, it ended up being a happy accident. My guy Matt said he was happy to let me crash for the night in his apartment, where he had an extra bedroom and AIR CONDITIONING. As such, my one-night stay was extended… for about five more days.

This was the time I actually enjoyed Santa Marta. Matt had a solid group of friends (shout out to Ryan and Henry!) and knew all the best places to eat (seriously, the guy’s an expert. He’s got a “street meat guy” and a “fish guy” etc., etc.). We went to the beach, nursed hangovers with burgers, found a wings place to watch the Cavs/Warriors game, he treated me to coffee milkshakes, we watched movies on the couch, frequented Charlie’s bar for gin and tonics (Charlie is a transplant from Chicago so it felt just like home) and, once, I went to a sort of language exchange/trivia night where Colombians and native English speakers teamed up. After some wining and dining, Santa Marta had grown on me.

But after lots of partying and great eating, I had to get out of town and move on… or else I would become one of those people who just stayed in Santa Marta. So early in the morning, before Matt was awake and could talk me out of it, I bought a plane ticket to Medellin. But not before one last wild night out for the USA/Colombia game…

A lil blurry during the USA/Colombia match… which is fitting 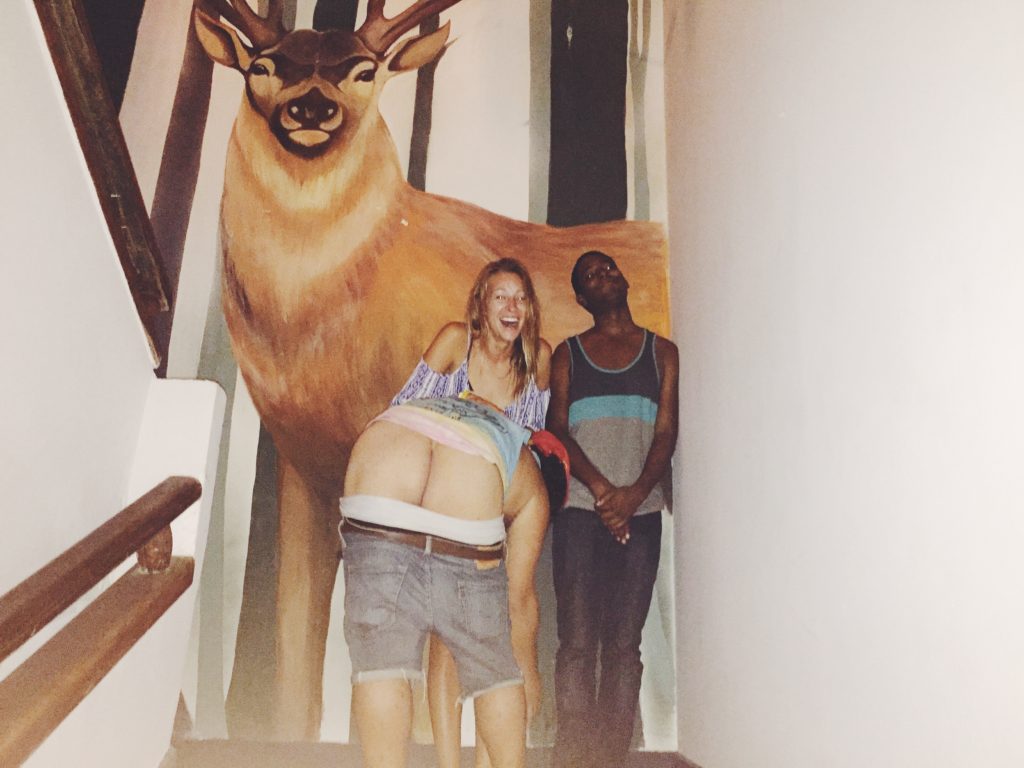 And here’s one for the kids