Vietnam is one of my absolute favorite countries I’ve visited… and I did NOT see that coming.

People: I’m about to break my own constant for all of my previous pro/con lists. I’m gonna put people under cons. True, this is a gross generalization and yes, I certainly did meet nice Vietnamese people. But – in my experience – so many of them were rude, abrasive, and out to swindle you for as much money as they could (as Melanie will attest to). Again, this is in no way all encompassing of Vietnamese people, but in my experience this was the impression I received time and again. This is mostly thanks to the horrid manager at my hotel in Hoi An and the manager at our hostel in Ninh Binh, taxi drivers who extorted you for extra money (one even kept Melanie captive, nearly making her late for her international flight), and, of course, the bus drivers who are a special bred of asshole.

Travel: This is going under both pros and cons. Vietnam is MUCH bigger than I had originally imagined. Traveling from one place to the next on overnight buses that careene dangerously down highways, running other drivers and pedestrians off the road, while simultaneously laying on the horn throughout the night was….tiring.

Food: True to form food is on the pro list and this time with gusto. Vietnamese food is… How can I even explain? It’s completely unique, bursting with favor and so, so fresh. I am salivating now just thinking about it. I dream about it, crave it, weekly. From simple street food to high end, white tablecloth cuisine, it’s all worthy of praise. My favorites were fresh spring rolls, pho, bahn mi sandwiches (especially those with pate) and the fried fish I had on my first day still leaves a lasting impression on me. Oh, and the coffee. Anything with sweetened condensed milk is a winner in my book.

Adventure & Backpacking Culture: While travel also made it on my con list, this was undoubtedly one of the things that made my time in Vietnam such an adventure. Sure it was uncomfortable, but it was part of the experience and made for some of my favorite stories. And even though it’s now a very popular destination for tourists, there’s still a wildness to Vietnam. Riding north to Hue or among the fields in ? I don’t think I’ve ever felt so free. And, like Bali, there’s a bit of everything. Modern, chaotic cities, relaxing beaches, dramatic landscapes, lush nature to explore and hike through. Because of this, Vietnam has created a name for itself among the backpacking community. There’s an incredible culture for travelers here, and it’s a great place to meet other, likeminded travelers.

History: The history/political system of Vietnam could easily go under the Con list. It’s a sad, complicated, bloody history, that holds much shame both for the Vietnamese and Americans alike. The political system (still very much Communist even if they don’t call it that) is corrupt and full of overt propaganda (in the form of billboards, signs, hammer and sickle flags EVERYWHERE, recordings blasted through loudspeakers and the media). But I put it on the pro list because it’s so, so intriguing to me as a visitor. If I lived there I would feel very differently, but for the time I spent there I was fascinated by it.

In addition to the tunnels of the Viet Cong, there are shocking museums to visit that are so one-sided, so anti-American, I had to often bite my tonuge. However, some of the pictures and information they displayed were undeniable. In Hoi Chi Min I went to the War Remnants Museum about the “American Aggressive War” (which is how they refer to the Vietnam War). Here I saw pictures that Americans – and even Europeans – would never be exposed to. American soldiers proudly holding up dead bodies, dragging them behind their vehicles, holding guns to the heads of women and children, burning them with napalm as they run screaming from their villages. Worst of all was the graphic Agent Orange section of the museum. Because this poison works its evil way into the DNA of its victims, the effects of it are ongoing, and it’s not uncommon to see victims of it still today. I was so horrified, so ashamed that I burst out crying, burying my face in Melanie’s chest. However, I must say again that this museum (and others like it in Vietnam) must be taken with a grain of salt. They NEVER even allude to the fact that this was a civil war between north and south, and that American became involved on behalf of the south to stop the spread of Communism, and certainly never own on to the unspeakable things the Vietnamese people or the tortures they inflicted on American soldiers.

Despite the cons, I always speak (and think) fondly of Vietnam, recommending it to everyone and I feel certain it’s a place I will return to one day. 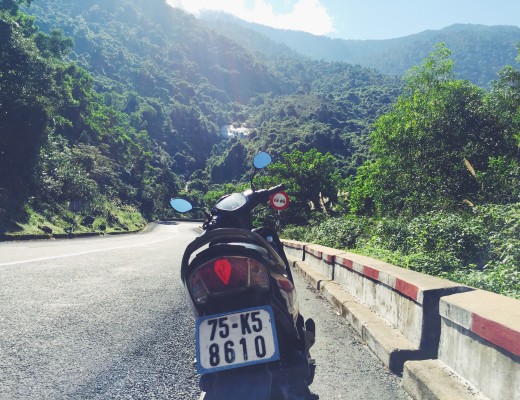 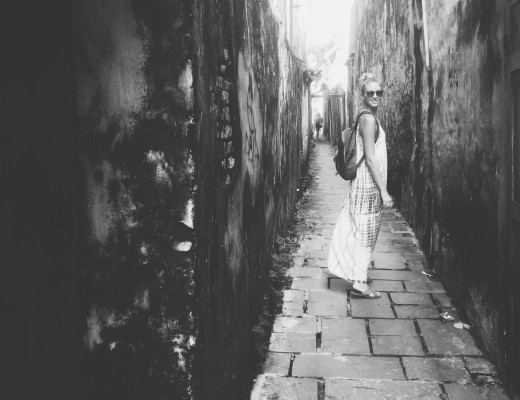 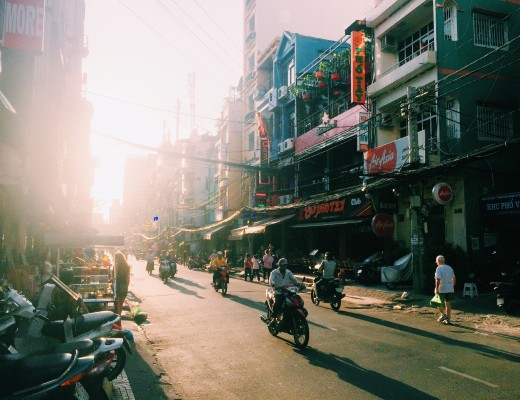