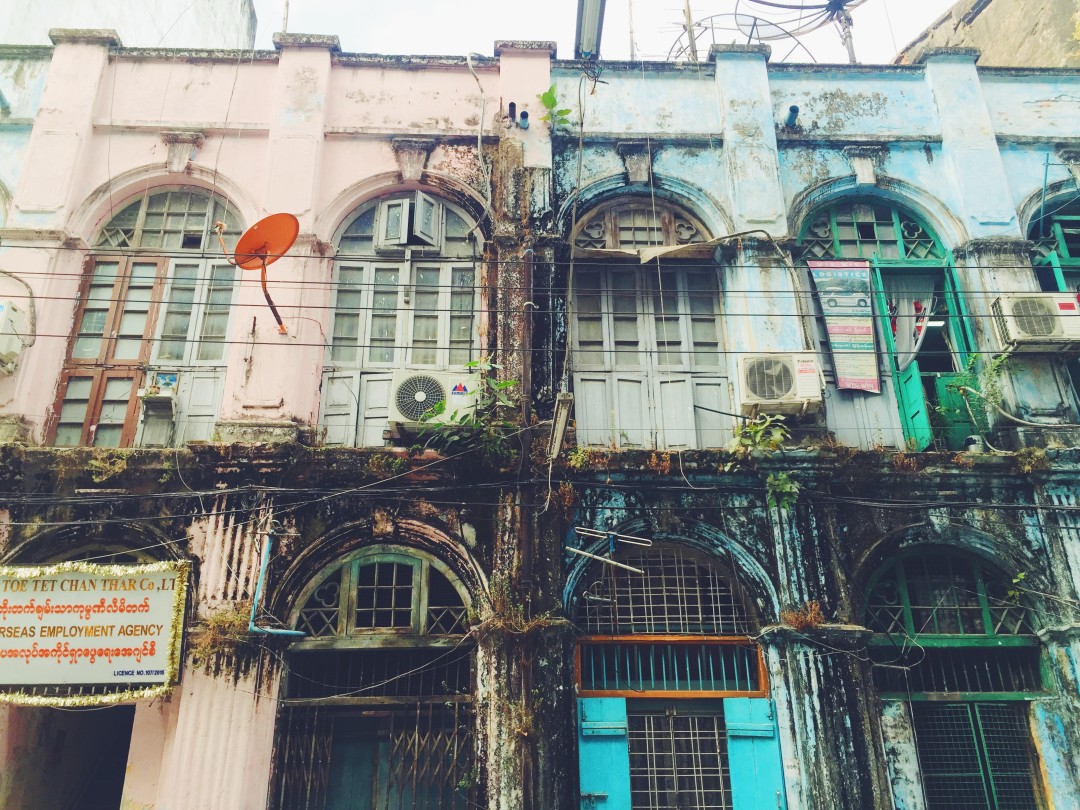 Myanmar is unlike any place I’ve ever been or imagined. It’s dirty and strange, but so beautiful in a raw sort of way – a bit like stepping back in time. Thirty minutes to be exact.

“Welcome to Yangon, Myanmar,” said the airline stewardess over the speaker. “Where the local time is half an hour behind Bangkok.”

Melanie and I both sat up, furrowed our brows and looked at one another.

“Is this possible?” Melanie asked me.

“I guess it is in Myanmar!”

Yangon – a former capital of Myanmar and the country’s biggest city – seemed to be a mix of Southeast Asia and India. But it also gave off the vibe of an Asian Cuba with its crumbling, colonial buildings, not touched since the British had left them behind so many years ago. Neglected and deteriorating, the city still has a charm to it, but it’s hard to explain why. The city is littered with trash, but it doesn’t smell as bad as you would imagine. And there’s a reason for that: all of the rats and cockroaches eat the waste that produces the worst oder (plastic doesn’t stink). 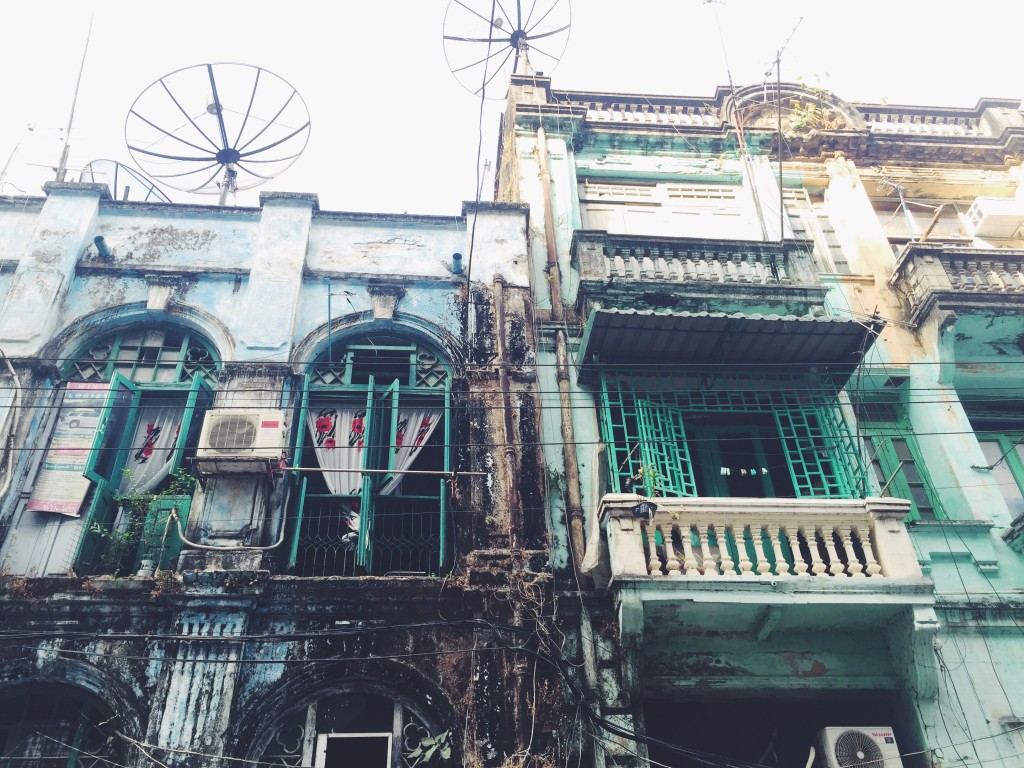 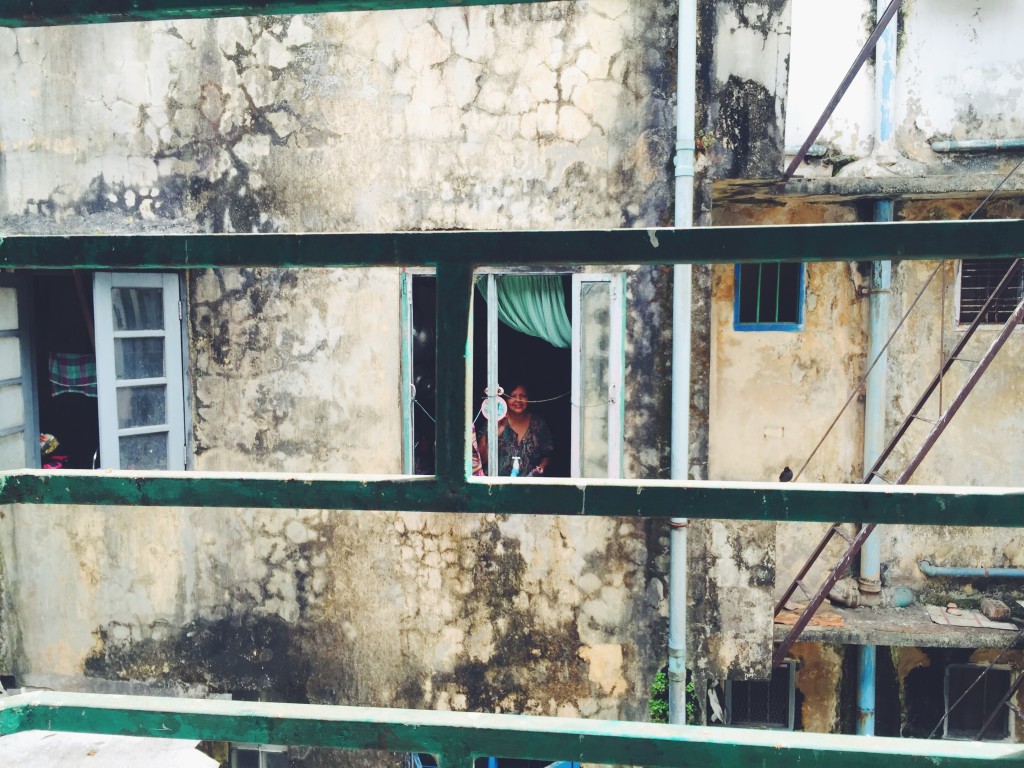 Our neighbor across the alley who smiled, waved and welcomed us to Myanmar as soon as we arrived in our rooms

It was early evening by the time we arrived, so we just wanted to grab a cab and head to the hostel for the night. Our driver familiarized us with the Myanmar people’s very popular (and very disgusting) habit.

Nearly all of the men chew a mixture of tobacco and betel nut that’s wrapped together in a leaf. Their spit – which is as bright red as fresh blood – covers the sidewalks and streets. And I do mean COVERS. Curiosity got the best of me once as I watched a vendor on the street wrapping the mixture into five different leaves for a man who graciously offered one to me. Not wanting to be rude I stuffed the packet back into the left corner of my mouth and chewed like the “good ole boys” from my hometown did in high school with their dip. It tasted like soap and it spat it out moments later, scrapping my tongue with my hand while onlookers snickered. So much for not being rude. 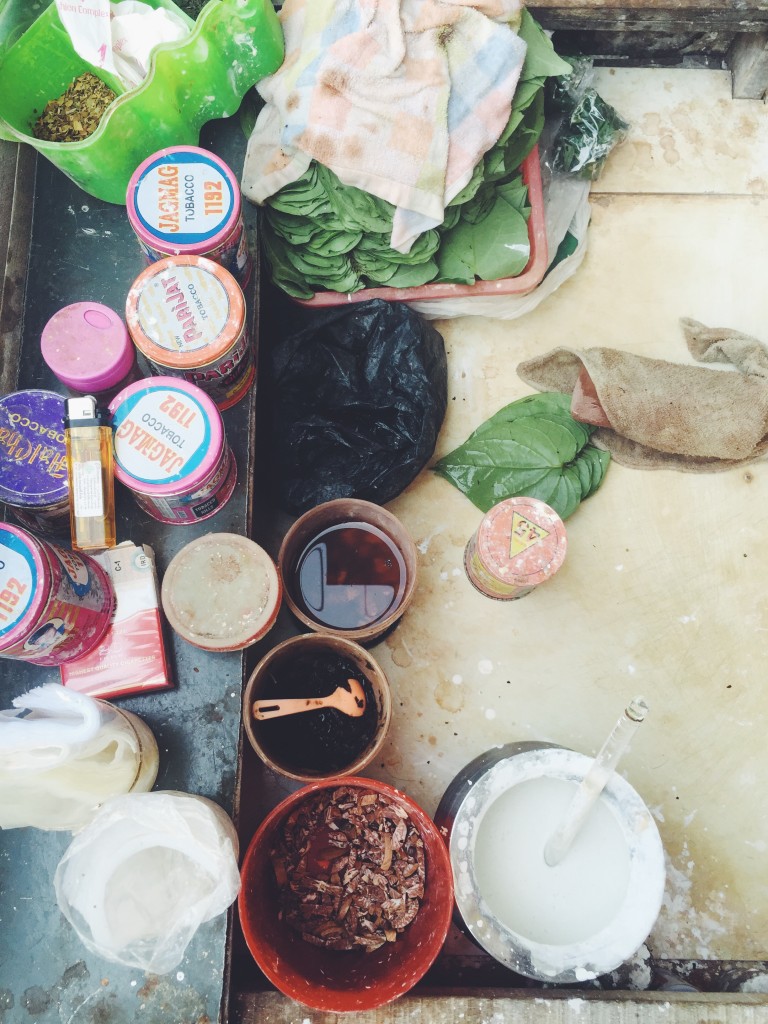 These stands are all over the city

The morning after we arrived was a bit rough. Traveling to a new country is EXHAUSTING, especially one as different as Myanmar. There is a new culture, language, currency and customs to acclimate to in a very short amount of time. I felt like I’d taken about three benadryl and was attempting to drag my lifeless body around the city in a drugged stupor. So, after finding a new accommodation (our hostel was fully booked after our first night) we napped and opted to go to the new Leo movie that evening as it was the only one playing in English. We sat in the balcony in our assigned seats, which are selected much like theatre or concert tickets. The smacking lips of people eating their popcorn and ringing cell phones provided a maddening soundtrack.

Before the film we went to Chinatown for dinner. A pack of small children roamed the market begging for money. One kid – no more than seven herself – had a half-naked infant slung over her tiny body, propped on one hip, bouncing him violently as she ran through the crowds. They were also shoeless. I couldn’t look. It was selfish of me – I shouldn’t look away, pretending not to see, but it was too much. No one else cried – no one even flinched. This was normal. I’ve seen it in movies. I’ve heard of poverty like this. But to see it with your own eyes…to call it heartbreaking wouldn’t do it justice.

Still, the people of Myanmar are some of the happiest I’ve encountered on my travels. They’re almost unnervingly kind and interested in us. They stare at us, peering around walls and over books. Most smile broadly and wave. The bravest come up and ask for pictures. Sometimes they just take secret pics from across the train or around the corner, other times they walk straight up, no words spoken, just snapping away as if I’m an animal in a zoo… clearly not in my natural habitat. But it’s ok – we rather enjoy the attention and we snap pictures of them in return. They ask us where we come from and tell us they’re happy we’re here in Myanmar. One woman insisted I shake her hand after I told her I was American. “America! A real democracy.”

I knew Myanmar was going to be different, but nothing anyone said could have prepared me for this. 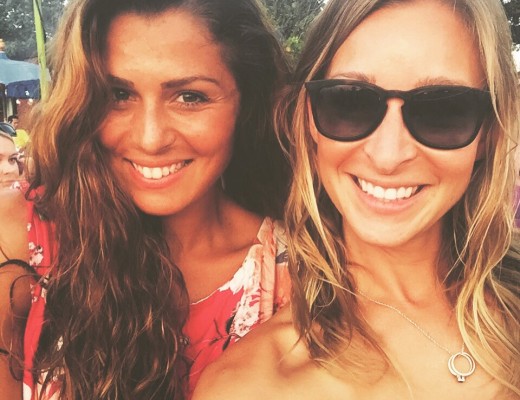 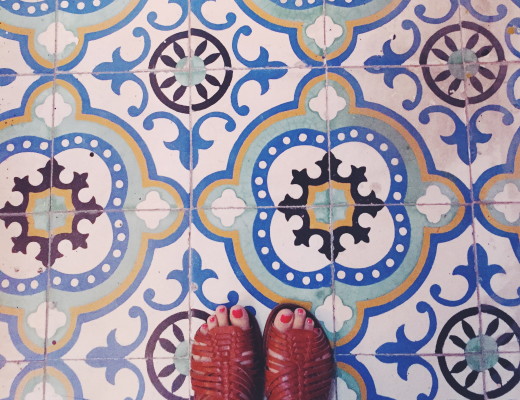