Last week I spent a few days traveling through Morocco via van, culminating in a trip to the Sahara where our group rode camels out to a camp in the desert. The experience was so special it was practically spiritual. The desert is so many things and it is constantly contradicting itself. It’s peaceful, wild, lovely and terrifying. Being among it was a very humbling experience and, much like the ocean, you have no choice but to respect it’s power and raw beauty.

This is not to say the entire experience was positive. For three days we wound through the Atlas Mountains, small Berber villages, and tourist trap towns “famous” for being the site where many movies and television shows had been filmed. We’d stop every now and then to take pictures, grab a coffee and go to the bathroom, but mainly we drove. 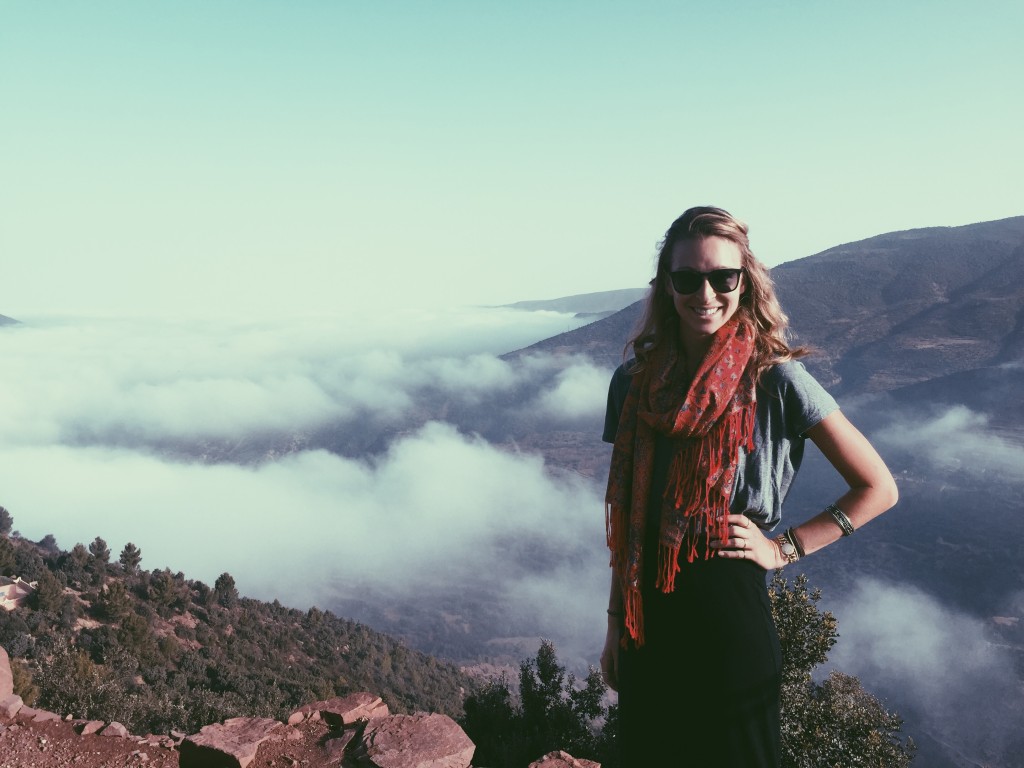 Cloud cover over the Atlas Mountains

Thankfully, after some scheming, Jess and I were able to grab the two seats in the front of the van from the start. And praise God for this because we twisted through what felt like the whole of Morocco, turning the backseat passengers every shade of green and white, begging for air and a straight road. It didn’t help that the van didn’t have air conditioning. Correction: The van DID have AC – which we discovered about 2/3 of the way into the trip – the driver just didn’t turn it on for us because, we assume, it used up more fuel. We’d been sweating like the black guy from the Gangsters Paradise video the whole of the time, but when we jumped back in the van after a stop halfway through day two I heard a familiar blowing that was quickly flipped off.

“I’m sorry… is that… is that AIR CONDITIONING THAT YOU JUST TURNED OFF?!?”

The driver turned a particularly pink shade of guilty and promptly pretended not to understand. I stared daggers at him for a full 20 minutes just to make my point.

Something else to note: Moroccan driving is ruled by a language of beeps and honks that, although sound the same to me, have their own meaning. Different blasts can translate to: “I’m passing you,” “You can pass me,” “Don’t even THINK of passing me,” “Thank you,” “Screw you,” “You’re hot,” “You’re an asshole,” and my favorite, an arbitrary quick beep as we round a blind curve at top speed, passing another car in the opposite lane, just to let any approaching vehicles know in advance “we’ll all die soon.”

On the second day we reached the Sahara at around 3pm and, after having our scarves tied appropriately around our heads, we were on our camels, tethered together in a single file. Our caravan padded quietly through the desert, taking in the awesome sights.

I know this sounds obvious but the Sahara is SO BIG. An ocean of bright rust-orange sand waves as far as the eye can see. We stopped eventually to take some pictures as the sun was starting to drop, but before it could technically be considered “sunset” we were ordered back on our camels. Jess and I were both disappointed. We wanted to see the sun sink right into the sand! But I soon found out why we needed to get a move on.

Before long the sun was down and the wind was BLOWING. What was a calm, serene, pleasant camel ride, turned into an all out sandstorm. Our head scarves weren’t just decorations for us as tourists, they were practical protection from the sand that whipped and swirled, stinging our eyes and skin. I thought maybe we’d ride that way for five minutes before arriving at our camp – you know, making sure we got a real “authentic” experience. Nope. We rode through the dark for nearly 30 minutes and at one point I timidly called ahead, “is this still ok?!?” No answer. I assumed it was ok.

When we finally reached the camp – a series of tents with makeshift rooms and a floor comprised of hundreds of rugs – we were thankful for some relief. But I was seeking a different kind of relief….

“Where should I go to the bathroom,” I shyly asked the guide.

Riiiiiiiiiiiight. He didn’t need to explain. I grabbed some toilet paper and with as much dignity as I could muster I went to find a bush. I won’t get into too much detail, but it was hands-down one of the oddest experiences of my life and there was sand where it shouldn’t be for dayzzzzz.

After dinner the wind had died down almost entirely and the group wandered outside to look at the stars. As soon as I set foot outside the tent, one of the guides grabbed my hand and with Jess’ in his other he began rushing us up the sand dune. Up and up we climbed, panting and laughing with wonder in our eyes. Behind us the others followed. Up and up, on and on until we reached the top of the highest dune we could see, where we collapsed into a heap of humanity. The stars were so bright and so many that they lit up our faces. Just over our heads floated the Milky Way.

“There,” pointed our guide. “Just over there is Algeria.”

We laid back, silently staring up in awe. When you looked directly above you and allowed your eyes to relax the sky seemed as if it was right on top of you. Everyone was lost in their own thoughts. I picked up handfuls of the silky Sarhara sand and let it run through my fingers, sifting it like flour. I thought then how similar it was to that very moment. Those rare times in life when you’re completely happy and present, but almost as soon as you recognize the moment for what it is and try to hang onto it, the feeling slips away and you’re just left with the memory of the feeling. I think I could spend the rest of my life in pursuit of this state.

Dazed with wonder, we stumbled back to camp since we had to wake up at 4am for our sunrise camel ride. On the walk back the guide still clutched my hand tightly, although Jess had wisely hung back so now it was just me and Hassan walking hand-in-hand back to the tent. I found myself writing a lot off to “cultural differences,” but when he asked if I’d like to go with him to “look at the camels and talk some more” I got the picture. I’m pretty certain “look at the camels and talk” is the Moroccan equivalent of “Netflix and chill” so I politely declined and said I needed to go to bed. From American cities to African deserts all men have a few key things in common.

Before bed most of us – minus a few very grumpy Pols – gathered in the main tent. We sat at low tables smoking hooka, clinking water bottle caps full of gin and swapping travel stories. Our makeshift “rooms” were quite warm, so Jess, Jorge (a particularly smiley, fun Spaniard we’d befriended) and I opted to drag our mattresses outside. The idea of sleeping under the stars in the Sahara with the sound of drums in the distance (some of the guides liked to unwind by playing music) seems so romantic, doesn’t it? Well here’s the reality: it was freezing cold, sand found its way into my bed (and clothes, hair, eyes, mouth, etc.) despite me entombing myself in blankets, and I couldn’t stop worrying that some ISIS militia would snatch me in the middle of the night. Suffice it to say I didn’t sleep more than 20 minutes before it was time to get up and back on our camels. We loaded up and dredged through the dark and cold, in pursuit of a glorious sunrise.

While the trip wasn’t always easy and, at times, downright unenjoyable, it was 100% worth it to experience the Sahara, which as far as I’m concerned, is one of the greatest natural wonders of the world. Another tick in the “pro” column for Morocco. 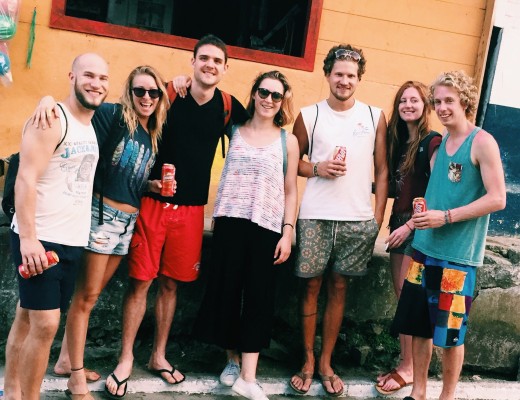 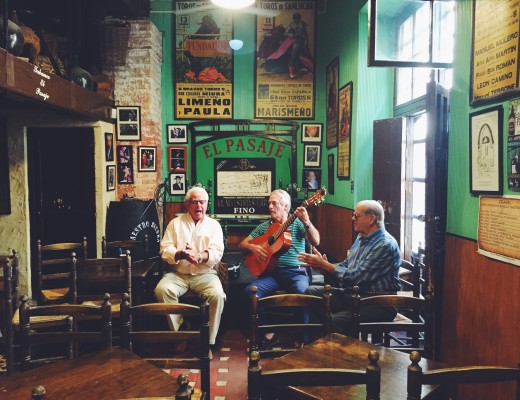