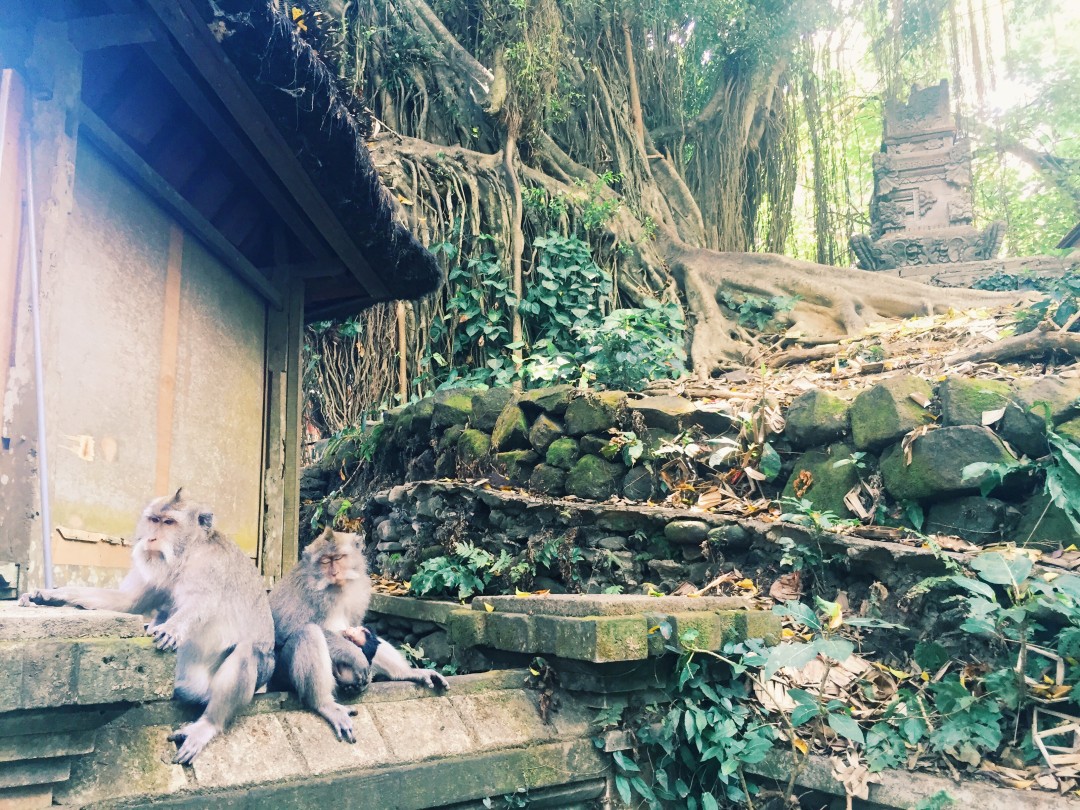 While in Ubud I said goodbye (and hello) to Vince three more times. Luckily he was only about 45 minutes away by scooter so we took full advantage, soaking up our last days together riding around the countryside, visiting temples and drinking Bintangs at some of Ubud’s hidden gems. I don’t want to make you jealous so I won’t say anymore (but seriously, life was really good there for a while). 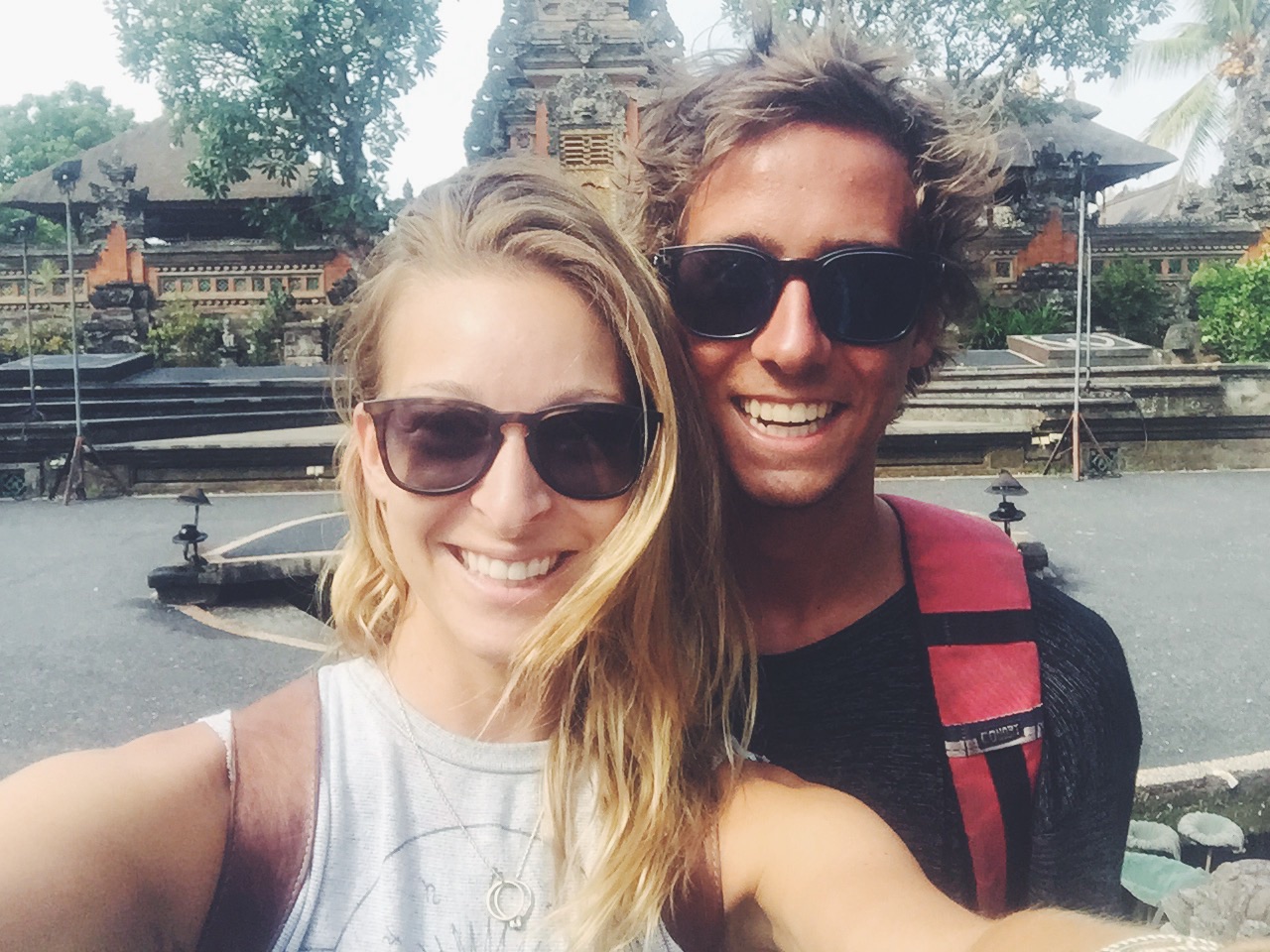 An open-air yurt/restaurant in the middle of a rice field. Yes, these types of fantasies are realities in Ubud. 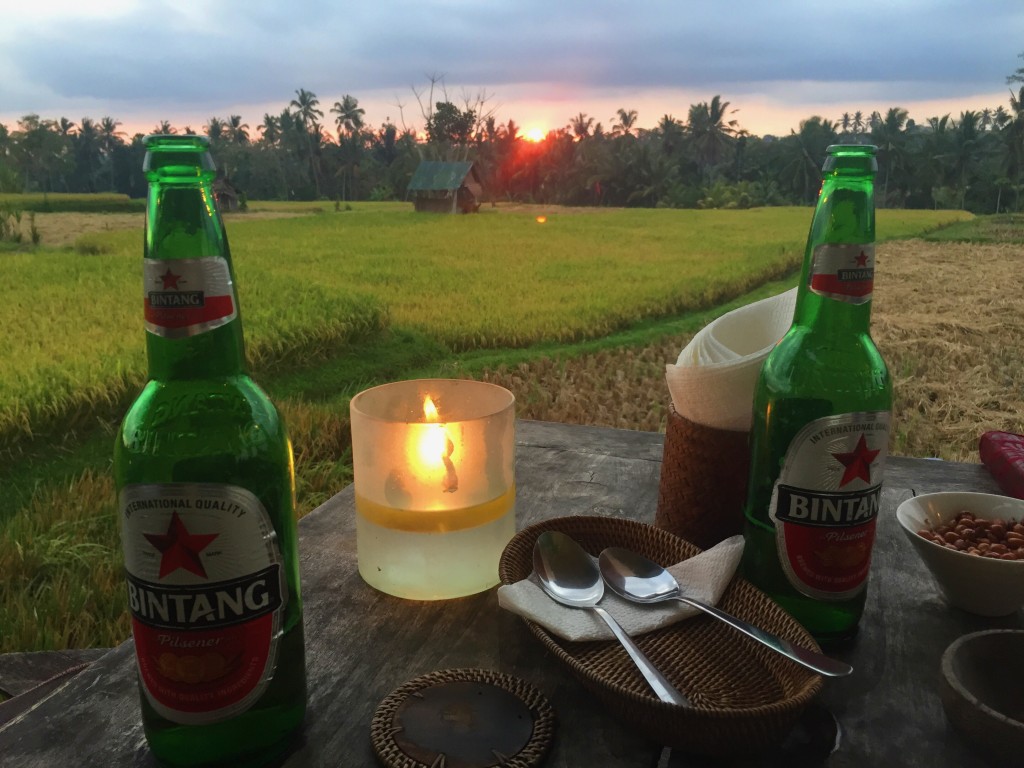 One day, against my better judgement, I agreed to go with him and Selma to Monkey Forest. There are a few things in this world that I really hate: tomatoes, wet paper products and monkeys. “But they’re so cute! They’re so sweet!” you say. NEE! (which is Dutch for “no”). They’re mischievous, sneaky, vicious, diseased thieves. Have you ever seen the movie Outbreak? I rest my case. But I digress. Vince and Selma were both keen to go and I wanted to hang out … so I went.

The entire forest (which is actually really pretty) is crawling with monkeys. At the entrances and around are signs posted with warnings: 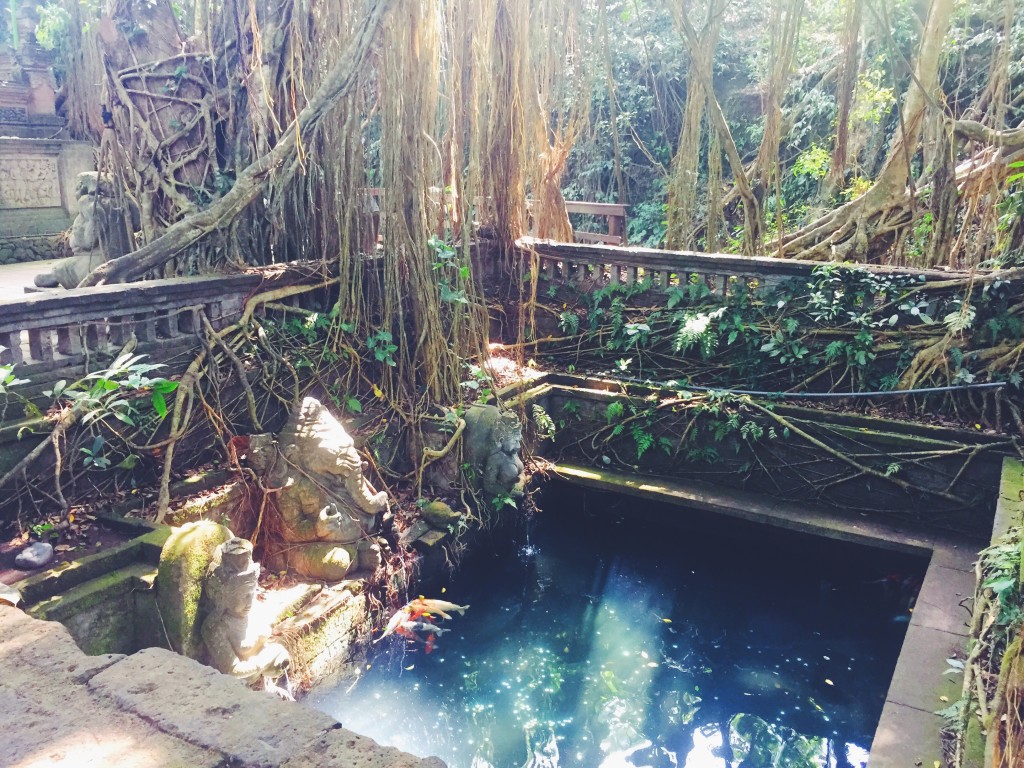 A nice part of Monkey Forest

So basically we were paying to walk into a war zone of monkeys trained to snatch your things, open your bags and terrorize you. For fun. I was so terrified I made Selma and Vince walk on either side of me like my Dutch body guards. It was not at all uncommon to see them pouncing onto heads/backs/bags (including Vince), but thankfully I escaped without being touched by the nasty little buggers.

Breastfeeding in public is encouraged in Monkey Forest 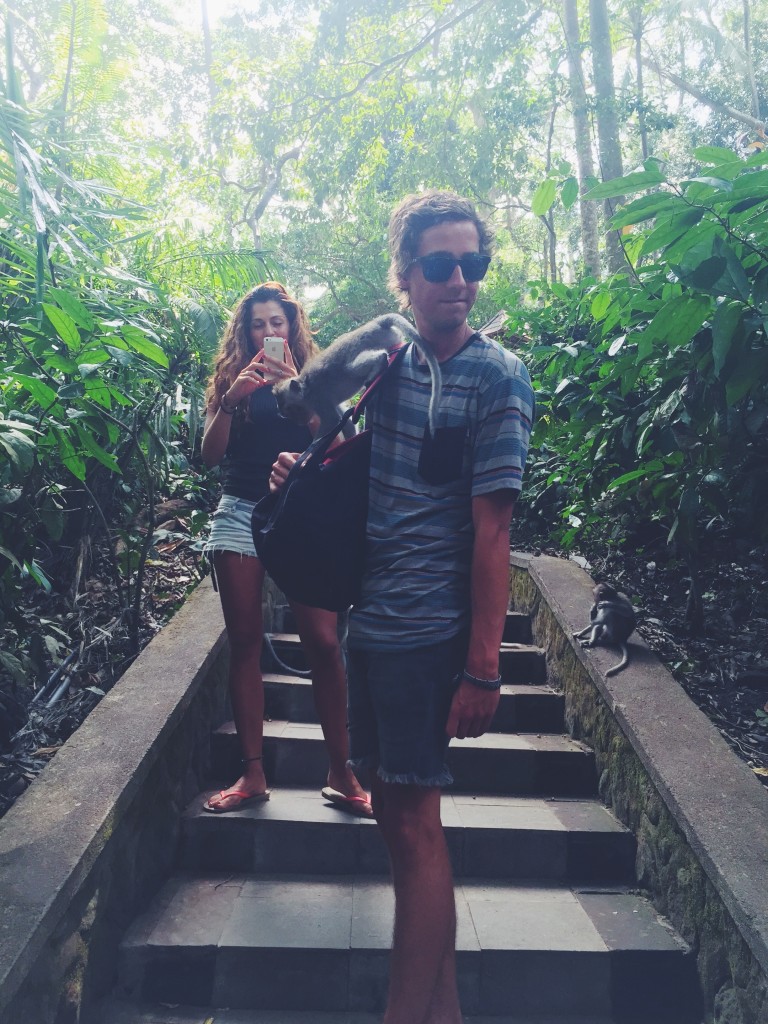 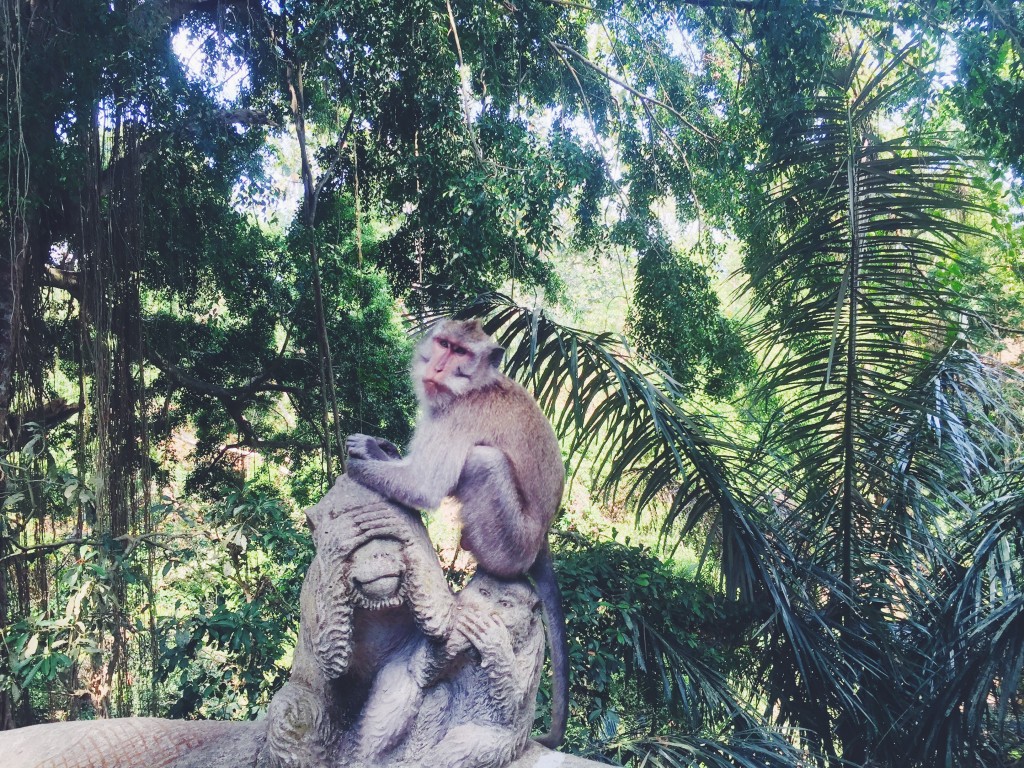 When we’d finally left I was able to breathe a sigh of relief. I said goodbye to Vince (for the second time) and Selma and I headed off to visit the Yoga Barn. Selma hadn’t done any yoga since arriving in Ubud and I wanted to show her the facility since it’s so lovely.  But when we arrived it was not the calm, serene atmosphere I had experienced prior. Instead it sounded more like a dance party, although it was only around 10am.

Imagine this space filled with around 100 people dancing like maniacs…

Curious about just what the hell was happening, we climbed the stairs to the treetop/open air yoga studio to find an absolutely beautiful mess of sweaty humanity, dancing and writhing about wildly. On the side was a DJ playing pop-y house music and in the center were old, young, black, white, brown, men, women and children dancing like they were calling on the rains (or like they were on drugs, whatever). We had stumbled upon Ecstatic Dance, one of the most popular events at Yoga Barn. Hosted on Friday nights and Sunday mornings, people come together to dance their hearts out and work up a really good sweat.

For all of my theatre people out there, it reminded me of Stage Movement class at Butler. There was a lot of “melting to the ground” together and then rolling out of it “organically.” Selma and I stared, gapped mouth for a moment, then looked at each other and said, “screw it.” We joined in, shaking our hips, twisting our hands to the sky, sweating and laughing (while also trying to gracefully avoid the creepier dancers who were maybe a little too ecstatic). I WISH so badly that I had a video of this, but phones/cameras were strictly prohibited so that everyone could feel uninhibited and free to express themselves however they liked. People really took advantage of this.

After a while Selma yelled, “I’m gonna need a beer after this!” A girl after my own heart. So we gave it our all for a few more songs and then went off, panting, in search of a cold Bintang. It was anther wonderful, unexpected day in Ubud. 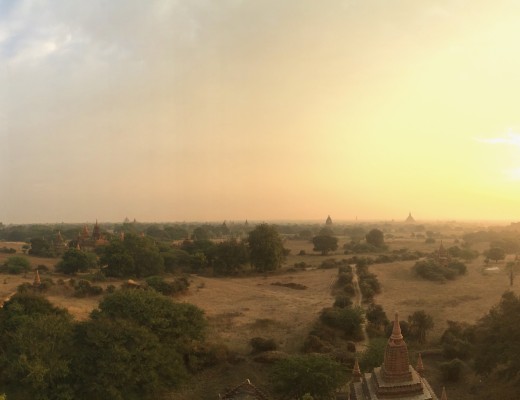 Leave a Reply to The Weller Cancel Reply